My Experience: Being Part Of a Musical!

It all started when our Senior Assistant for Co-curriculum, Puan Ngau wanted to make the retirement of Puan Azizah, our principal, in 2014 special - by coming up with the school's first ever musical! 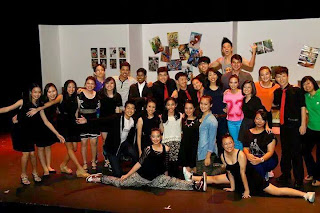 This idea was announced to the whole school when she launched the auditions for it in June 2013. I didn’t know anything about it until I heard from others, so I went to sign up for the audition. If I were to get in, it will be so cool! When the audition list came out, there were tonnes of names there, I didn’t know so many people were interested in performing in the musical!

The audition was two weeks away, and I got more and more nervous as the day came closer. I practiced and practiced till I got it right. Finally it was the audition day! I still remember very clearly, I had to get out of science class for the audition, and my heart was beating fast. At this point, I just said to myself, 'Even if you get to be in the chorus, it's okay. Just give it your best shot.'

When it was my turn to audition, I calmed myself down before I went in. I told myself that I can do it and it will be over soon. I went in, and there were two guys - I’m guessing that they will be our coaches? Thus, when I began, I sang with all my might. After that, they told me that I needed more confidence and I shouldn't have been so nervous. Oh no! Will I get in? 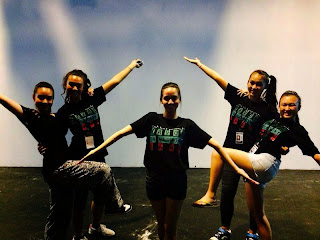 After that was dancing. We had to go in as a group. When one of the judges came and showed us the dance routine, we had to learn it quickly and do it nicely. No offence, but some people danced funny! It was then over, though I was not sure why we didn’t audition for acting?

When I went out of the audition, I was just wishing I could get in. It was so long before the list was to come out! I kept wondering every day. When it came out at last, I looked from top to bottom. There were about 45 to 50 people that got in…. Guess what? I was one of them! However, I only got into the chorus. I didn’t mind - even though it was just a small part, it doesn’t mean that the rest were better than us. This was the beginning of a journey.

The first practice session was from Tuesday to Thursday that same week. I was so excited, but I had to give up a lot of my time to for musical practice. During the first practice, it was held in the music room, it was so congested because there were so many people. Just so you know, those practices were exhausting. After a few practices, a few people started pulling out because the practices took up a lot of time and it was really tiring. 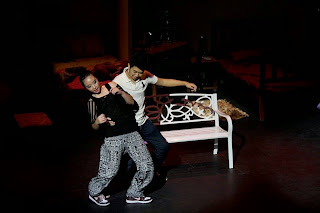 At every practice, our choreographer Min always found flaws in our dancing, and we had to do it over and over again, until we got it right. Everyone was groaning. Dominic was the other guy coaching us. He was in charge of our singing, and the leads, as well as the acting of the supporting cast. Well, all that singing really trained my voice for the better!

As time passed, there were only 28 of us left. Sometimes, it was so hard that I felt like pulling out, but I got a lot of support from my family and friends. Hence, I managed to hold on. After so many practices, it was already the beginning of 2014. Progress on the whole musical was beginning to accelerate, because we didn’t have much time left. The performance was on the 1st and 2nd of March. Therefore, Min and Dom were training three to four times a week, and it was so tiring. I had to skip my other co-curricular activities. Gosh it was hard to skip Librarian meetings! I felt that I missed out a lot. So sorry everyone! Forgive me for skipping meetings and other stuff.

Anyways, January and February 2014 were the busiest months ever. We had to put everything together. Some of us were slow learners, so it was decided that the chorus didn’t need to dance. Though we already had learnt all the steps. but this saved us so much time. Soon, it was time to sell tickets, and the premier was getting closer and closer. All of us were sweating blood to get this musical up and running!

On the 28th of February, we had a full dressed rehearsal, and all the tickets were SOLD OUT! I had to give up school to go for rehearsal at the Damansara Performing Arts Centre. When we got there, it was like a dream come true! There was a green room, and our dressing room and the restrooms were so clean and tidy! We rehearsed, did a sound check and got ready for our very first performance the next day. I was freaking out and I was so excited! That day, we went back home tired, but excited. 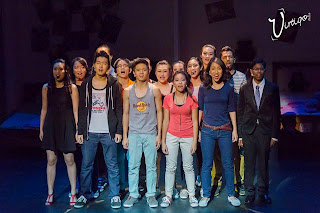 That day finally came - our very first audience, and the premier of our school's very first musical! When we got on stage, my confidence came to me the choir began to sing with the rest of the cast. We also learnt how to change fast because we needed to get on stage in a short interval of time. It was a nice feeling - being in a musical. Soon, our first show was over. Min and Dom told us the show was good, but there was still room for improvement. Dom said that normally if the first show was good, the second show would not be better than the first.

The second show was the night show, and is the main extravaganza - when our principal Puan Azizah was going to come and watch us. I said to myself that we had to make it the best show. The second show was so breathtaking! Our beloved principal was right there, so we gave it our very best shot! Our audience that night was the best one so far - they reacted very well and cheered for us. Before we knew it, the last show ended as well and it was the end of a very long, tiring and fun journey.

Even though it only ran for three shows, this musical meant a lot to me. It was more than a musical - it was a really hardworking group of secondary school students letting their passion out. It was the most exciting and tiring journey of my life. I hope that an adventure will happen again someday, in the near future, but for now, this journey has been the most memorable one yet!