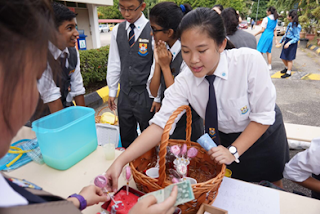 From the 13th to the 17th of February, the Librarians has a sale for Friendship Week - a step up from the Friendship Day sales from years past. Many people were exited because we sold interesting things, such as drawstring bags, lemonade, cookies, Oreo pops and nachos. They were sold at reasonable prices such as RM2 for a cup of lemonade, RM25-27 for a drawstring bag and RM3 for nachos. 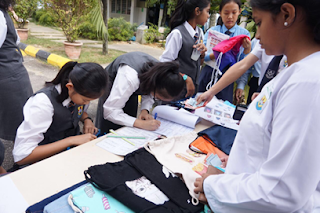 Our nachos, lemonade, cookies and drawstring bags were a hit. They sold like hotcakes! For the drawstring bags there were many designs ranging from simple ombre to cute graphics of food and flowers and ombre. Everyday, our products sold out and we generated a great amount of revenue. In the end we made a huge profit and that money went towards our Annual Librarian Dinner.Personally, I am grateful to be a part of the Librarian sales team for Friendship Week because I got experience in sales management. 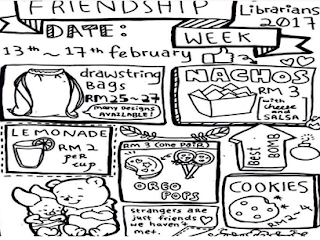 By: Ethan Richard
Posted by Be You! Tree at 20:00 No comments: Links to this post

A Trip To The Selangor State Library

'A library is a hospital for the mind.'
Anonymous

Last Thursday, on the 16th of February, the Librarians of SMK Bandar Utama Damansara (3) went to the Selangor State Library. It took us more than 1 hour to go there by bus from our school 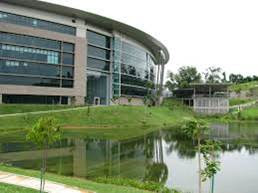 When we reached the library, all of us were amazed by the large building. We were led into the auditorium by the administrator. We were given an introductory speech and watched a welcome video. Some of us even asked some funny questions like: 'where is the cafeteria?'

Then, we were divided into two groups. One group was brought to watch 6D movies which was priced at RM10.40 per admission and 3D movies which were priced at RM6.40 per admission. The other group was brought to visit the place where they had some old and priceless books about Selangor and books donated by the Sultan of Selangor. After a short briefing by the administrator, we took a picture under a portrait of the Sultan. 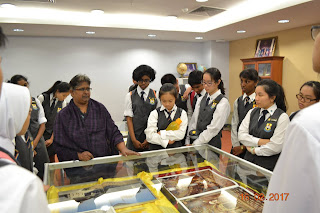 Later, the administrator led us to the rack sections. All the books were arranged according to the Dewey Decimal Classification System. We also saw the open area reading place.

Soon, we saw the Exhibit of the Month while heading to the children’s area. This month’s exhibit was about penguins living in Antartica. As we entered the children’s area, we saw a large fake tree. The place was clearly designed with children in mind. 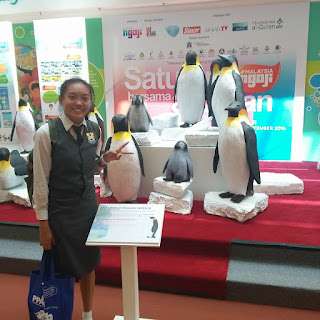 The first group waited at entrance for the second group to come. We experienced the seats and the environment of the 6D and 3D theatres, whilst the other group went around the library.

Then, we all headed to the cafeteria for a small snack. We all bought ice cream Tutti Frutti and enjoyed it. After we had our fill, we gathered at the library again and took a group picture. We thanked all of the administrators in making our visit a thoroughly enjoyable one. 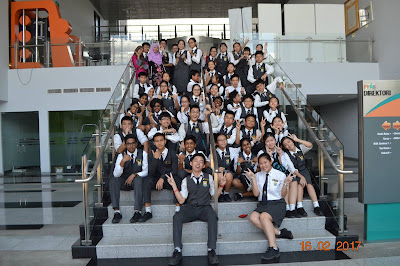 By: Thivyashini Selvaseelan
Posted by Be You! Tree at 22:00 No comments: Links to this post

On 11th of Febuary 2017, SMK Bandar Utama Damansara (3) held the annual Cross Country Run from 7.00 AM to 11.30AM. This event is open to students of SMK Bandar Utama Damansara (3). Students who participated in the run get to contribute to the scores of their respective sports houses, doing their bit to secure victory for their house come Sports Day. 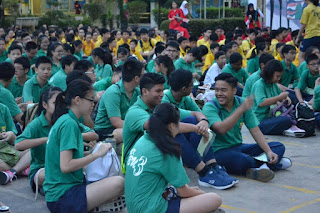 Before the Cross Country Run started, we did 15 minutes of warm up to avoid any cramps and the run hit off almost immediately after warm-ups ended. 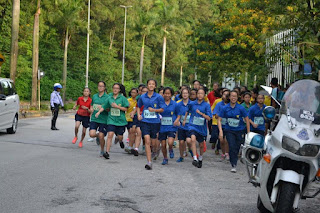 The event ended with Blue House emerging as the winner of the cross country event. Following them closely was Green House at second place. Yellow and Red House came in 3rd and 4th place respectively. 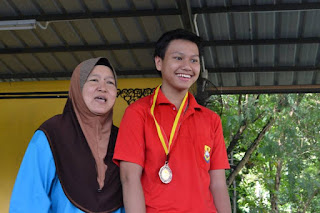 Though the run was short time-wise, but everyone was tired after the run as they poured out their heart and soul into it. 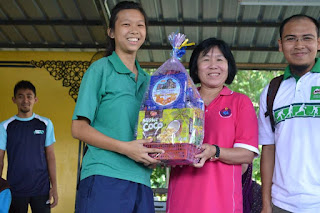