Appointment Ceremony for Prefects and Librarians 2016 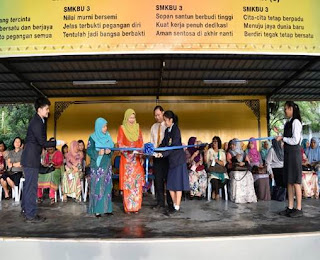 The 18th of July 2016 marked another milestone in my life. Finally, that much-awaited day arrived, after enduring 6 months under probation. Today, I would be appointed as Librarian in the Appointment Ceremony for Prefects and Librarians.

As a probationary Librarian, I was scared stiff. I couldn’t believe it was really happening. Excitement filled my heart as I walked to the basketball court. At around 7.15 a.m., all the students and teachers gathered at our basketball court. All the Librarians and Prefects sat in an orderly manner, as instructed during their rehearsal.

The ceremony began with our school principal, Puan Zuraidah giving a wonderful speech. Then, everyone eagerly waited their turn as the probationary Prefects were called to the stage first, followed by senior Prefects appointed to specific portfolios.

Finally, there was a loud roar when the probationary Librarians were called upon, followed by those appointed to Sub-units and heads of duty days. I quivered with excitement as I was offered the post of Assistant Head of the Bulletin Sub-unit.

Then, the newly appointed High Committee members received their name tags. I could see the joy and excitement on the faces of the students as the appointments were announced.

Next, the outgoing Librarians symbolically handed over their duties and responsibilities to their juniors with lighted candles.

After that, all the Prefects and Librarians pledged to undertake their assignments and duties diligently - to serve the school faithfully and the best of their abilities. 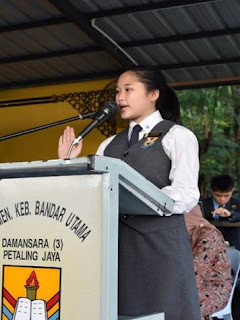 Our Head Librarian, Quek Zhy Hgu then took the stand to take her pledge. This was followed by a bow by Librarians and Prefects to the teachers and students of the school. 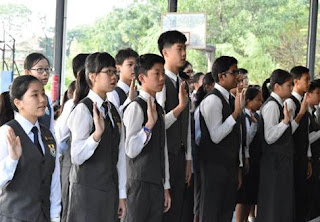 After that, the retiring Prefects and Librarians bowed before the teachers and the students as a sign of appreciation and gratitude of being given a chance to serve the school. Eventually, the official assembly ended and all the students went to their respective classes.

Later on, the Prefects and the Librarians took some photographs to capture and remember this happy occasion. Some junior Librarians were happy that they got exciting appointments. Meanwhile, the retired Librarians hugged each other, as tears streamed down their cheeks uncontrollably. 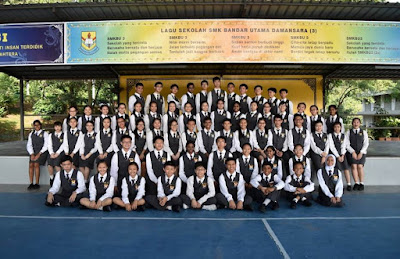 This was an experience that I will never forget as gave me self-confidence and a new-found thirst for knowledge. I am very grateful to Puan Sabrina and all Librarians for the excellent planning, organisation and execution of the Appointment Ceremony - thus making it a very special occasion for the new junior Librarians.


Librarians are tour guides for all of knowledge.
Patrick Nessgh

Poem - The Importance of Education 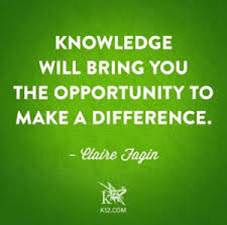 Education
the light of our life
A gift of academic rife

Education
A torch of academic brilliance
And backbone of inner resilience

Education
A fundamental foundation
For any country, state or nation

Education
Mother of all profession
That helps aquires all our possession 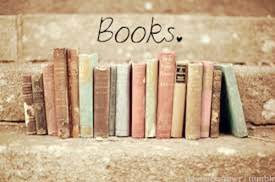 By: Thivyashini Selvaseelan
Posted by Be You! Tree at 16:21 No comments: Links to this post

Sports, it keeps us healthy and fit, strengthens us and brings countless of other benefits.

31st July 2016 was when our school had the annual Sports Day. The event started around 8.00 a.m., with all the uniform bodies and all four houses – Red, Yellow, Blue and Green - marching in.  Our Sports Day then proceeded with performances from all four houses. The performances were beyond expectations, as they were well-prepared and special. 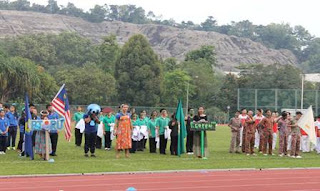 Besides that, there was also performances by our school cheerleading team, Stompers, and our school marching band. They practiced very hard for Sports Day and their hard work definitely did not go to waste! This made sports day even more eventful. 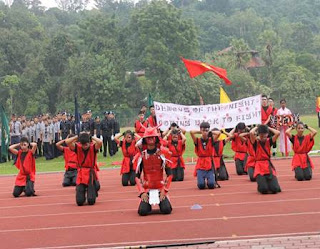 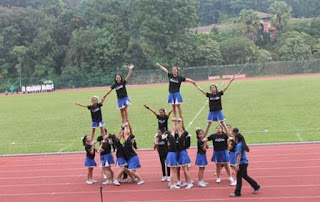 After a speech given by our Principal and a representative from the Education Ministry, the crowd almost cheered: let the sports begin! The athletes got in position on the running track and with the sound of the horn, they sprinted off for the win.

Whilst the athletes in different categories of running went on and competed, we Librarians were selling drinks and ice cream. We sold Milo, and ais krim potong. We had a stall set up in the stadium. My friend and I were the ones in-charge of walking around the audience to sell the ice cream.

We walked all the way from one end of the stadium to the other end, carrying a big ice box chock-full with ice cream to be sold. This happened when the running was going on as well. There were many categories for running. Hours passed, but the houses did not settle down - instead they continued to cheer for their champions.

Even though I wanted to sit down and watch the race, I felt happy to help sell and earn money for the Library. Our hands were tired from holding the ice box and our legs were giving out, but we definitely did not regret helping out. We sold out our ice cream and Milo, which was great. 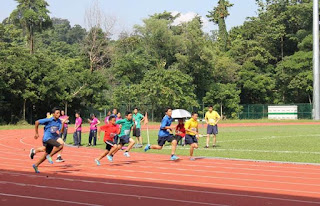 Around 1.00 p.m., the medal-giving ceremony commenced. Those who won in the race and also other sport categories before sports day received their well-deserved medals.

Prizes for the houses - for categories such as best performance and best teamwork - were given out. Finally, the long anticipated result for the best house was announced, and the winner was Yellow House! Yellow House were elated and proud that they were the champions of 2016.

That was the end of sports day. The atmosphere was great and overall, it was very memorable. Sports Day was a huge success - an amazing day for SMK Bandar Utama Damansara (3), I eagerly await next year’s sports day - for who knows what it has in store for us?