Ushering in the year of the dragon... 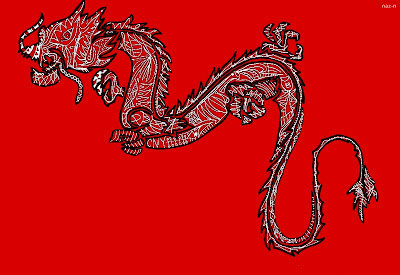 Happy Chinese New Year, everyone!
In conjunction with the Chinese New Year celebrations, here's a little drawing I whipped up during the day!
♥ Alisa, a new contributor to the blog.
Posted by alisa.zarina at 21:09 No comments: Links to this post

Heureux Nouvel An Chinois! (or 中国新年快乐!) 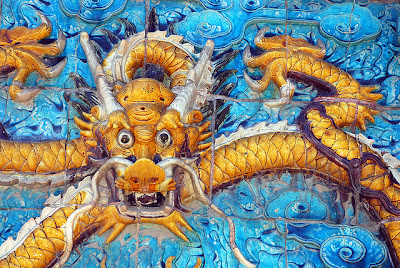 It's another new year, barely three weeks into 2012. How I love Malaysia, for all its public holidays! Anyways, the Chinese calendar heralds the coming of the Dragon Year, the most auspicious zodiac in the calendar cycle. Somehow, the dragon ended up fifth in the race to the Jade Emperor (or was it Buddha?), but still that didn't bring down the prestige of the Dragon. The last Dragon year was around 2000, coinciding with the third millenium; making it quite of an auspicious, once-in-a-lifetime experience to velebrate that year. Even so, this post is about 2012, so let's get a move on.

Almost everyone knows the drill. Clean everything, repay all debts, settle all arrangements before the new year arrives. Then, have a reunion dinner on new year's eve, perhaps watch the fireworks and firecrackers scare all the evils of the past year, and if you are lucky, get to watch a lion dance! After all that, land with a plunk on your bed, get up early, and ready the house for any visitors willing to stop by. Then comes the good part, get ang pows loaded with money! That is, if you're still a child and unmarried, or else you'll be the one crying about empty pockets. Let it go on for 15 days, and that's the festival simplified. (Of course, there are a handful of superstitions to adhere to, but that's another story...)

Nothing is without form and substance. However, substance is always over form, for what is form if there is no substance to define it? Point is, Chinese New Year is not about having the best food, watching the most well-coordinated lion dance, or even getting the most ang pow money! (Yes, I love my ang pows, as a child I'm afraid I must gobble them all up, but that's not what I meant) Eventhough you are alone with these, the spirit of these celebrations would never be with you. It is family that matters. The ones that comforts you when you're down, and jumps with you when you're elated; that's them. No matter how much you can't stand them, or despise them (or turn them to stone), it's not like you can choose them! Everything happens for a reason, and there's one to why your family is, well, your family.


With that, I sign out from this post composed at the first mments of the Year of the Dragon, and wish everyone a happy and prospereous year!
Posted by Emperor Qrautuianus Kryvestrumn at 00:37 No comments:

Hi there, I'm the new Librarian blogger on this blog, here to provide informative posts in easy-to understand English, unlike the needlessly complex and obscuring style of language provided by my fellow author (I'm joking). I'll be providing various updates on stuff that happened around the library and the school on hopefully a regular basis, with just a tiny hint of sarcasm thrown in for good measure.

Anyways, I look forward to this assignment, and I hope whoever reads this will enjoy the various ramblings and musings blogs by the Librarians. 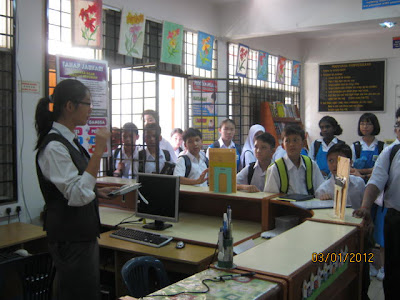 Phew, what a mouthful! That is the official name of our organisation. As with many student groups, there is bound to be amateurs and screw-ups. Our name has been polished throughout the history of our school, even gaining equal status with the prefects, but along the way, we have lost some of our shine and our patronage.

Today was our first official (but informal) meeting, to discuss our tactical plans for the year. With our head absent, her assistants chaired it as her proxy. As usual, we started with a motivational talk, something to get our morale up. Contrary to our Principal's rhetoric, the prefects were used as a yardstick. We didn't stand a chance to them in discipline and reputation, our image deteriorating to a record low last year. In usual rhetorical style, transformation for the better was again the agenda, calls for a more committed body and a disciplined one.

This is usual for a normal meeting, but what struck me was how much our predecessors have achieved. Shaping a golden reputation from scratch, improvement of our School Resource Centre, they were the happening of the school. Now, it is our turn. End of point.

What was the meeting for? Oh yes, the planning. Since the Bulletin Unit is super-new, we didn't have to complete any missing papers, so it's all plain sailing in planning for our editions. Staring at the blank page before me, thinking of what to write. Even our members are non-existent, all waiting to be filled up by probationary school resource centre prefects. Devised a test, and then zzzzzzzzz.

Well, that might've been boring, except for the fact that we are officially recognised by the central administration. Finally! Technocracy is the next step for us. Now, we are searching for any potential bloggers so that I can take a holiday (please come fast!), and a higher readership rate.

That's all, and I look forward to any new bloggers cropping up soon. Bye! 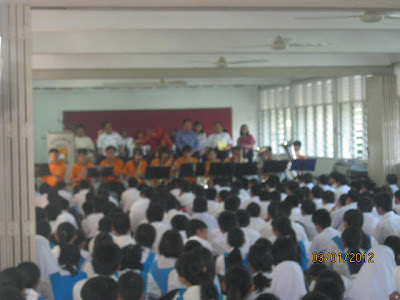 As I have said previously, the Library has been renewed in this year, like the phoenix rising out of the ashes. Pn. Tan, our previous School Resource Centre Coordinator, has stepped down as the third in the school's history. We now welcome the technocratic Pn. Sabrina, who has been working in the background as the Teacher-In-Charge of the Library. She was the temporal advisor to the Unit Warkah (rebranded as the Bulletin Unit), and now she advises the entire School Resource Centre Prefect Body.

As of now, the Librarians are recruiting new probationary Librarians, another healthy number of applicants, so I've been in told. The application forms are due before the 12th of January, and general meeting for all Librarians, existing and aspiring, would commence on that day itself. An influx of talents, that's what this organisation needs.

Speaking of which, our newsletter has been in editorial limbo for much of the past year (considering that it was only pioneered last year), but with the principal's blessing and generous sponsors, it would finally take off as the ultimate representation of the student body (and an expression of our creative juices). Let 2012 be our year of reckoning, and one of great accomplishments.

Speaking of which, I have heard that, in a Prefects' private meeting with the Principal, our organisation has been mentioned as the superior (though I think it is more of a rhetorical device to further spur the Prefects' morale, but it would indirectly widen the Prefect-Librarian gap of rivalry). Even so, do not, I repeat, DO NOT, let it get to our heads, my fellow Librarians. Improve on our weaknesses and champion our strengths, that is what we should do. 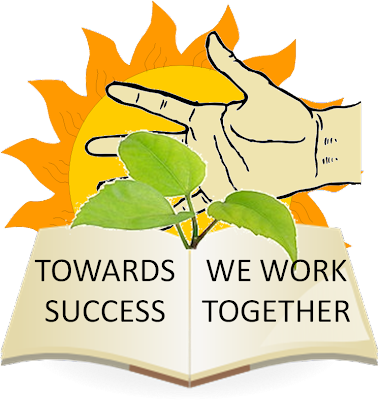 Before I go, please support this logo. We, at the Bulletin Unit, would like a promulgation that this logo would be our pioneering emblem and be used extensively to add to the glory (which is not that much to amount to a prestigious organisation, but alright for a young one) that is the Library.

Unto the other (but titular) administrator of this blog: You are what you write, for the pen is sharper than the sword﻿. If you want simple language, there is a vacancy of a blogger that a librarian could fill in this blog, okay?

Now I will start my personal rant. Emperor Qrautuianus Kryvestrumn, please tone down your language. I don't understand what you are blabbering about. Seriously. Please? :)

2012, another year. The second year of the second decade of the first century of the third millennium, so what's the big deal? Other than the completion of a Mayan calendar cycle and alleged herald of New Agers, the Queen's Diamond Jubilee, and what not, years come and go too fast, if you asked me. Janus, WHERE ARE YOU! (stomp off).

While my alter ego stomps off to a god who would most likely never respond to his complaint, maybe we should get back down to Earth (to the Library, to be more specific), renewal would be rampantly brought forth in light of this year. Promising, as it seems, to any school student, on the quest of knowledge (and dreaded exams). With 2012 comes a tumultuous time for our world, nation and community. The Protester, chosen as Time's Person of the Year 2011, augurs a fall on the War on Terror. Election fever is fast becoming a national pandemic and sweeping reforms in the bureaucracy. The medium of instruction hubbub, Abolition of PMR, incentives, et cetera. It is truly a handful to even mention. The world is fast changing as the dragon wakes up to devour the eagle, calling for a new East-oriented world order, with ancient organisations and hierarchy in a sink-or-swim situation

With that, I would simply end this post. Like that. Yes, like that. I know it is terribly shot for my standard, but it is just .... What? (bickering into a full-blown feud)